Watch TalkinFight with Neil the Deal on YouTube or LIVE at talkinfight.com/live Weekday’s at 7pm EST (6:30​ on Fridays)
.
.
.
#boxer​ #boxing​ #boxingtalkshow

Absolutely amazing: every day i go check them out.

I can’t believe it you guys are great thanks for the shares the likes.

All everything that you guys have been doing has been fantastic.

The views are skyrocketing, i’m so happy, and it’s all because of you.

Have you heard of this gentleman, graham at all, i’m here, yeah yeah he’s a great fighter.

He was a very uh amazing amazing athlete uh unbelievable in every skill set his uh his ring savvy was fantastic.

He was uh his entrances actually rivaled camacho.

Can you believe that watch some of his ring entrances they’re? Absolutely like amazing, you know so the guy’s got a lot of flair and in the ring he had a lot of flair.

He he never ceased to amaze me with the entertainment value.

So let’s just talk a quick little bit about him, guys uh.

So if you know anything about greater manchester england, graham yeah, it’s a very tough neighborhood, actually uh.

You know from what the research that i’ve done over the years that there’s soccer fans there that can get pretty rowdy.

I understand it’s not easy to grow up there, so you grew up in a really tough neighborhood uh.

He fought in four weight categories.

He fought now lightweight late, welterweight welterweight middleweight, so he fought in four categories: uh, he had a record of uh 39 fights total, he won 34 and he lost five all right.

He had 21 kos, so he had punching power uh every time.

I saw him pretty much.

I saw him probably 10 times he knocked the guy out so and he was very flamboyant doing it.

So he’s a really fun individual to watch, fight, uh and uh entertainment value was close to a 10.

Apparently he started boxing at 11 years old and he won.

He won a lot of medals as a child.

He was very uh, talented uh.

He had titles as as an amateur uh left right and center.

You know what i mean, so it doesn’t have to create 110 fights.

He had over a hundred wins out of 110 fights so, and this is his amateur career, so he was, he was a phenomenal uh, uh, amateur and uh.

He just catapulted that amazingness into his pro career and and and was stratospheric.

You saw me he was amazing, so uh anyways, we’ll just move on here – notable fights, the one that i really liked was uh.

He fought a guy named victor ortiz, uh and uh.

I believe he knocked him out in the second round.

Ortiz was one of the the guys that i remember um, he debuted in july 2005 uh.

This guy can’t lose like he wasn’t, wasn’t even close right.

He was literally wiping the table clean, so uh.

He also won the wba light welterweight title so there’s three world titles right there that he had and he retained those titles and then he lost the title.

A couple of defenses lose the title.

A few more, you know a few more fights get another shot win the title defend it three four times lose the title right.

So really you know he only lost title fights.

You know what i mean, graham, he wasn’t losing anything other than back and forth with the title fights.

His last fight was against an australian guy named billy dibb.

He won uh by tko in the fourth round and uh.

He wanted the vacant.

He was a good fighter, amazing um he’s a philanthropist and uh.

He has the amir khan foundation and he’s very well respected in the boxing community.

He’S many many awards and we all loved you amir.

So thanks a lot if you’re out there amir i on the street, i have contacted somebody that might know you somewhere.

So if they call you and say neil the deal wants you to come on the show.

I’D really love to come on the show so amir.

If you’re out there, man, god bless, you take care of yourself and everybody out there.

Thanks for the shares the likes, the comments, all the great stuff, you guys are amazing without you we couldn’t be here.

God bless you all.

So much and uh just end it all.

Graham we’re going to talk a little bit about the team.

Our team see this one.

This is the real hockey team guys see that all right tomorrow, night we’re playing.

Oh, not where are we those guys they’re the flirts? Yes, we are, we won against the lefleurs and guess what we’re gon na we we’re gon na win this one no hands down.

We got a great team this year, guys give it all you got, give them some support.

All my fans out there in the world give the toronto maple leaf some support this year.

You know what i mean and we got from new talent.

We got tj brody want to say hi tj.

We got uh, joel thornton got to say hi joe, we got uh, who else we got graham there’s a bunch of the new guys in the leafs guide.

They made a mistake, you know, and the ranger you know what i’m saying: buddy you’re a serious guy come on.

Jimmy show us what you got like when you’re in college, all right, so anyways all right, we’re going to let you go vote for the leafs thanks.

A lot guys like shares comments, all the rest of the stuff love.

You see you tomorrow and guess what we’re live with a big guest tomorrow, it’s going to be sid vanderpool get the kids around the computers, get all your stuff out.

Let’S kill it sid’s going to be coming here.

Talking neil deal on the show.

Thank you very much hope to see you then have a good night guys.

Be the first to review “Talkin Fight: Neil the Deal” Cancel reply 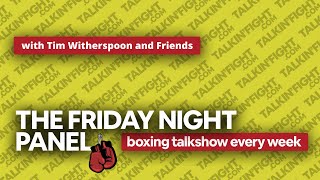