Deontay Leshun Wilder is an American professional boxer. He held the WBC heavyweight title from 2015 to 2020, making ten successful defences.

Hey good evening talk and fight fans around the world.

Here we are at the neil the deal show and yeah.

You got me neil the deal i’m gon na be running solo tonight, so uh, let’s get right into her and we’ll uh we’ll let you know what we’re up to all week.

We’Ve been talking about united states fighters that i’m looking at uh having some title fights uh this year, and this guy is no uh.

No no objective he’s gon na he’s definitely gon na be in the mix with a title fight coming up, definitely 101.

That’S got that kind of knockout power since probably mike tyson.

So we’ll go over a bunch of stuff.

He was born in tuscaloosa, alabama, tuscaloosa alabama and he fights in the heavyweight division now he’s the former wbc heavyweight champion of the world, uh holding the title from 2015 to 2020, and he made 10 consecutive title defenses along that route of which i watched.

Many of them and men, this guy’s got a lot of uh a lot of power.

He’S uh he’s right up there in the top two three guys right now, he’s presently ranked second best active heavyweight in the world behind uh, tyson fury so uh, and we all know that he just had a two fight uh.

A little later on, wilder, like i say, has great great punching power.

He knocked out every single one of his opponents that he’s defeated so he’s knocked out.

Basically, if he doesn’t knock you out, then you’re you’re, lucky, that’s what i got ta tell you so he’s one of those heavyweights that can literally knock you out at any moment, he’s got power in both hands and he’s a very, very skilled fighter.

For the size that he is he’s like six foot, seven, so he’s a really big guy, although he only comes in usually around 215 220 pounds.

So he’s a little bit undersized in the weight category against some of the guys that are coming up.

But again he he had 10 title offenses, so you can’t say much about that.

Uh he’s also a three-time winner of the premier, boxing champions knockout of the year award.

So, like i said he can, he he’s got power beyond power.

The interesting part about him, though, was uh.

He started when he was about 20 years old, so he started his amateur career at around 20, which uh not too many guys start their boxing careers at 20 years old and have such success uh over a 15-year span.

He did have some um.

Some really good wins some awards that he won in 2007.

He also won the gold medal at the u.

So he is an olympic uh, medalist and uh well deserve it.

I remember watching him, that’s that’s pretty much when i first saw him was in the olympics and uh he he performed amazingly and since then he’s just been getting better better and better.

So we’ll talk a little bit about his pro career.

Now pro totals he’s had 44 fights guys and of the 44 fights he has.

Uh boxing skill and uh some serious punching power for a guy his size, so he turned pro in 2008 at the age of uh, 20.

So he’s just basically been steamrolling all his opponents from day one.

He won his first professional title in 2012, capturing the wbc continental americas, heavyweight title and in january 2015 he fought the wbc champion at the time, burmain stevier for the title, winning the title becoming the first u.

s born heavyweight champion since 2004, and that was haseem rockman.

So there hadn’t been a u.

s uh heavyweight title holder for quite some time until he uh he beat uh.

He beats deveren and steven is actually a haitian canadian guy.

I’Ve seen him fight a bunch of times and he’s a really good fighter too so uh there was, you know, winning that title there off him was was one of one of his highlights for sure being the first title that he ever won so december 2015.

He was to fight a uh polish fighter named arthur spakita, this guy.

I was keeping my eye on him at the time he was 20 and one, and that fight was voted knockout of the year uh in 2015.

So if you guys want to go check that out, arteris paquita of poland, 2015 knockout fight of the year in july 2016 uh he he he had a ko win over former champion chris areola.

Now chris areola is going to be having an upcoming fight against andy ruiz, jr and uh, but at that time wilder was injured in the fight he broke his hand and uh did some damage to his bicep, which required uh multiple surgeries and then he was shelved For the rest of uh 2016.

, so we didn’t see him there for a little bit, so he came out back in uh 2017 and he was ordered to fight uh just reign again and he ko’d him in the first round.

Knocked him right out and steven did not even land one punch in the fight he threw apparently through i saw through four punches and he didn’t even land a punch and he was knocked out.

I believe it was with one second left in the first round, so that was uh.

That was a heck of a knockout by deontay wilder.

Guy and again he’s a very, very tough opponent and uh hurt him and he was hurt in that fight.

Wilder was hurt, ortiz uh hurt him, but he came back and in the 10th 10th round he ended up, knocking him out and then came uh and then came tyson fury in december 2018.

The first time in a 12-round split decision draw which was kind of controversial at the time when i watched it uh, i kind of thought that uh fury might have won the fight, but a lot of boxing a lot of boxing experts too, had thought that fury Had won the fight, although wilder had knocked fury down twice in that fight um, but fury just basically out.

I believe he fought him in that fight.

He he definitely had.

The punch count was was way up and uh, but it ended up being a draw.

So that’s what created the rematch and we’ll just go over that in a bit.

So after the fury fight, he had a couple of wins: uh against a guy named dominic brazile and winning a rematch.

He had another rematch with louise ortiz, but he beat him again.

The the haitian heavyweight champion so late in 2019, it was announced that wilder was going to fight tyson fury in a rematch where wilder had lost the title in the rematch in the seventh round by tko and uh that that fight you guys, might want to watch.

It’S the only defeat that he’s ever had he he really did uh look defeated.

Actually i was the first time i’ve ever seen.

Him look a little bit a little bit down in a fight, but tyson fury had a really good game plan against him in the in the rematch and uh man.

That was a that was a really good fight.

So if you guys want to watch that it’d be great great fight to watch he’s now looking to regain the belts, obviously he’s trying to uh he’s been trying for years to get a fight with anthony joshua.

Right now looks like joshua’s gon na be fighting fury so the winner of that.

Maybe he can fight and fight the winner of fury or joshua um.

He was also talking about there’s.

Winning that interim heavyweight title so there’s some rumbling that maybe his next opponent could be mr white, and i think that would be an amazing fight in itself uh.

So that was actually an avenging thing because uh he had a he had a loss to pov uh.

He had fought povetkin before and uh and it didn’t go so well.

So the fight against dylan doesn’t happen.

So there’s a there’s, a lot of fights for him that that he can have coming up in the end of this year.

We’Ll just have to wait and see what happens.

The winner of all these other fights and see who they end up deciding to uh, to put him up against he’s.

Looking for big fights, big paydays uh he’s definitely in the mix for sure he’s in the top five, no doubt about it and uh we’ll just have to see what happens in 2021 for deontay wilder.

I hope the best for him i’d like i love to see him fight again and uh.

Like i say, if you guys want to check out some of his fights check out the two tyson fury fights uh, he did fight uh, louise ortiz twice so check those out and uh he’s.

Uh he’s basically fought everybody that he can fight up to date and uh he’s won every one of them, except for the tyson, fury fight.

So let’s hope this year.

We see him again thanks a lot for coming out tonight.

Guys have yourselves a nice weekend.

Thanks a lot for the likes, the shares the subscriptions.

All that jazz really appreciate it.

Everything’S been going great, so have yourselves a nice weekend.

Take care we’ll talk to you on monday, 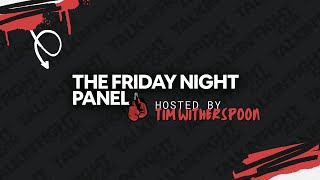 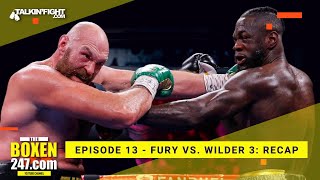 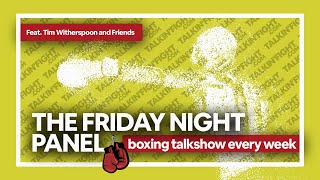 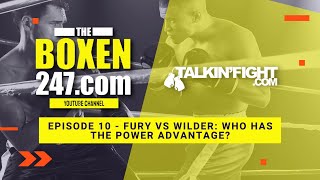