IABA. IOC. News and updates from the 35th annual Boxam tournament in Spain. Join us on our on-going exploration of the Olympics to be held in Tokyo 2021, featuring Christian from the Friday Night Panel, and the route to the ring. Watch TalkinFight weekdays at 12, 4, 7, and 8:30pm EST on YouTube or LIVE at talkinfight.com/live @Olympic @IOC Media @Abroad in Japan @boxam #boxam @MaryKom @Virginiafuchs #VirginiaGinnyFuchs @ginnyfuchs
.
.
.
#boxer #boxing #boxingtalkshow

Hello talking fight fans around the world welcome once again to a special friday edition of our olympics episode and uh.

We’Ve got an update uh from christian from the friday night panel, and what is that update today? Christian well, graham, as you know, we’ve been following along with what’s been going on over in spain as well as around the world in the world of amateur boxing, there’s been no huge, upsets venue, changes or anything crazy going on in the world of the actual tokyo.

So that’s uh, that’s good news, so we’re gon na be instead continuing on with our coverage of what’s been going on in spain at the moment.

As we finished up the men’s, quarterfinals uh.

So yesterday was just the men’s quarterfinals that box them in the matches of the day saw muhammad hasa, madin, uh, 2018 commonwealth games.

Bronze medalist got the better of the italian samoan spada by universal decision.

Nothing against morton, uh, gizkov nielsen of denmark in the 91 plus category uh, the tokyo bound manesh kushak, beat kazakhstan’s zakir safulan in the 63 kilogram category.

Well, anish kumar prevailed over remo salvati of italy in the 75 kilogram category uh both of those were one by four one split decision.

The kilogram category also won by four one split decision against belgium.

Now, in one of the more closely watched bouts of the day, indian boxer, vikus krishnan advanced to the semi-finals after he beat fellow two-time olympian, vincenzo uh menjiakarpa in the 69 kilogram category.

Now both vickers and vincenzo have uh competed at both the 2012, as well as the 2016 olympics.

Vincenzo mendia carpe of italy is the bronze medalist winner from the london 2012 games.

The indian who has qualified already, i might add for the third olympics third olympics, used his reach to good effect, with a few good stiff jabs keeping the italian at bay mangia carpe countered in the second round, with a flurry of shots and the two boxers uh With the two boxers coming together, often now vicar swung away in the final round and landed a few uh rights while vincenzo continued to attack the judges eventually, of course, did rule in favor of the indian.

However, it wasn’t all good news for india’s boxers uh.

The world number one in the 52 kilogram category, amit pangal, was stunned by european games champion gabriel escobar of spain in a 3-2 split decision in their quarter-final match.

Now they had had high.

The indian team had high hopes for pango in this tournament uh.

This was amit pangol’s, second tournament, since the coven 19 pandemic.

He had uh recently bagged the gold medal at the cologne world boxing cup in back in december.

Shifting gears, though slightly though that’s what’s going on in spain at the moment and we’ll be coming to you.

A little bit uh tomorrow, as well as uh, hopefully over the weekend, with some finals, if not we’ll, be covering that on monday, uh, hopefully we’ll get a little bit closer further into those larger matches that are happening at the end.

But shifting focus for a moment there from europe down to africa.

Graham, we covered a story last week about zimbabwe, sending four of its boxers to several african tournaments in hopes of racking up enough points to qualify for tokyo, uh, based on rankings alone.

We then later covered a story of which two of those boxers were unable to compete due to positive coven 19 diagnoses.

So i thought we’d check in on our friends in zimbabwe as they’ve been going along here.

Sadly, things have not been going to plan so far.

Both zimbabwe and boxers have been uh competing tadius uh of wandira and trade nikon zabo uh last night, both failed to clear their respective final hurdles in in the uh.

The tournament was part of a series of events in which boxers are gon na, have a chance to accumulate points which will eventually be tally, deter to determine to qualify who will be qualifying for the upcoming games in tokyo.

We’Ve talked about this uh, the zimbabwean duo.

I had missed several uh tournaments previous and we’re hoping to add to uh what they already have with victories in their respective weight classes, having both of them reach the finals relatively easily.

However, the white uh pugilis and nicomo zabo lost to uh steven anastasia of tanzania.

Five, nothing well in denzin, and in den had this crime i swear well in zen duodira failed to make it past adam hassan.

I know i swear.

You did of course.

Of course the two of them can still make the uh the olympic games.

In tokyo, if they manage to pick up a significant number of points in the upcoming tournament, uh, that’s scheduled in the dr congo in a couple of weeks and there’s one more coming up in mozambique after that.

So fingers crossed for our friends in zimbabwe that they’re going to do better and hopefully by the time that they do, i will have learned how to pronounce their names properly, i’m not trying to make fun of anyone.

I’M trying to get these right, but i swear.

I have them before we start all right, thanks very much yeah.

Uh, like i said practice, makes perfect, i’m sure in a couple of weeks, you’ll have those names down, pat with more wins.

I got to keep saying no more, we’ll hear them more i’ll, get them right for sure i mean you’re doing so well with the the russian and kazakhstan type names here.

I’M sure you catch on those african names pretty easily.

Oh, no, we’ll get we’ll get people! Writing in later on, once they go back and watch some of these past episodes to tell me that i’ve butchered all of those as well fair enough, it’s uh, it’s the content, uh that matters really and then the content here is that we do have uh qualifiers.

Taking place or tournaments taking place and uh significant boxers boxing uh for a chance to go fight at the tokyo olympics thanks very much christian appreciate, uh your updates today and your news from around the world and uh we’ll see you tomorrow, uh for those viewers out There, no, we will see you tonight, it’s friday, you’re, absolutely right! It is friday, i’ll see you in a couple hours time with the friday night panel, thanks for watching about that canelo fight last week, among others uh, because there’s some fights going on in puerto rico.

Yesterday, i believe, there’s a women’s uh, several women’s fights going on tonight and then there’s uh, some decent fights going on tomorrow, as well, so a bunch of fights professionally from around the world uh that we talk about.

Thank you we’ll see you tonight. 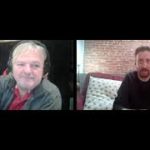 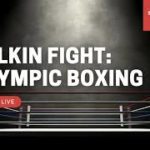 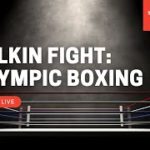 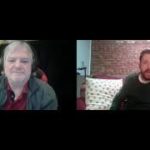