Join us on our on-going exploration of the Olympics to be held in Tokyo 2021, featuring Christian from the Friday Night Panel, and the route to the ring. Watch TalkinFight weekdays at 12, 4, 7, and 8:30pm EST on YouTube or LIVE at talkinfight.com/live @Olympic @IOC Media @Abroad in Japan @bosphorus @Ireland Boys Productions
.
.
.
#boxer #boxing #boxingtalkshow #StPatricksDay #Ireland #talkinfight

Hello welcome once again boxing fans from around the world, wherever you may be.

Thank you for joining us.

Another episode of olympic uh boxing coming up your way, courtesy of christian from the friday night panel and just a couple of quick short stories and follow-ups today and i think we’ll be in and out of here pretty quickly right.

You know how we start most of these last little while with me telling you.

Fortunately, no news is good news and there’s been no rule changes.

We can’t do that one today, unfortunately, because once again, unfortunately, we’ve had uh someone high up in the tokyo, 20 2020 uh olympics put their foot in their mouth again, so tokyo olympics, creative chief, has resigned now suggest after suggesting that a female comedian could appear as An olympic that’s p-i-g uh in the latest setback for these games, and this isn’t the first time uh yushiri moto had to uh resign before this.

So hiroshi sasaki said that a plus-size entertainer naomi watanabe could wear a pig ears at the opening ceremony, wow yeah and now he did later apologize and admitted that his remarks were quote a huge insult to her uh.

Miss uh watanabe has not has yet to respond.

As of now or as last, i have looked into this here so mr sasaki said in a statement uh afterwards.

There was a very inappropriate expression in my ideas and remarks.

I sincerely sincerely apologize to her and the people who have felt discomfort with such content.

Now miss watanabe is one of japan’s most famous comedians and is known for her celebrity impersonations, as well as her body positively body positivity advocacy work uh mr sasaki was in charge of the olympic opening and closing ceremonies, not anymore uh, so, graham so no news.

As of yet on his replacement organizers have said that the current games, president seseko hashimoto plans to address the matter at a news conference at some point today, uh so i’ll, be keeping you updated on that one.

So we’ve had another two we’re having another change in leadership uh in the run-up to the games here and frankly, i’m not too uh too sad to see the back of this guy on this one.

He didn’t really admit any guilt all.

He didn’t uh, he didn’t apologize.

I offended uh miss uh, but he didn’t.

He didn’t acknowledge that there was anything wrong with what he said.

He didn’t acknowledge how hurtful what he said could have been and all he basically said was well i’m sorry.

I got caught and this text chain came to light and i’m sorry that uh you’re offended by it so i’m curious to see who they’ll put in place.

Uh behind them, but whatever it is, going to be a step in the right direction, and hopefully this is the last personnel change, especially for a reason this stupid that we have to see in this day and age.

This should all be relegated to the past.

So hopefully we don’t see any more of this in the run-up to the games um.

But let’s get off that.

As you know, lately we’ve been focused pretty heavily on europe and asia and the headlines that we’ve been covering uh.

So i thought i’d check in to see on what was going on in africa because it’s been a little while, since we’ve looked in and i came across a positive story out of north africa – libya, specifically where things are starting to look up for their amateur fighters.

Boxing considered a savage sport and banned since the 1970s by former libyan dictator, muammar gaddafi is now making a comeback in the country.

So good news there uh a camp for the libyan boxing team, has been held in tunisia over the past three weeks in preparation for the africa zone.

Three boxing championships in kinshasa now those are kicking off uh this weekend on the 20th of march.

So, after a long absence from the ring due to uh global coronavirus pandemic, the confederation of african boxing has seen fit to maintain this competition in kinshasa as an opportunity to quote unquote, bring back confidence to african boxers for the upcoming tokyo 2020.

Again, in quotation marks olympics during gaddafi’s reign boxing was banned for more than 30 years.

Boxing, however, is now making a return to the rings since the fall of the old regime, and that is despite limited infrastructure, investment in equipment and limited gyms, which does you know, raise concerns over the safety of the athletes at this point in time.

But they are moving in the right direction so and at the time of the ban uh when that first came into effect in the 1970s, libya was considered widely to be the second best.

As far as national teams in africa uh the country’s most famous and arguably uh famous boxer, arguably a pioneer in that country, uh, uh, guibran, zugdani, again always apologize for the pronunciations.

On these i took part in the actually box in the 1976 olympics in montreal, although he did fail to meddle at that at that olympics.

Who knows where they could have gone? Had that ban not come into effect? The confederation of uh african boxing has invited uh, not kind of libya has invited 13 countries to this zone.

3 tournament uh they’re, going to be the host country.

So, regarding this tournament, so it should be a great tournament.

That’S kicking off, like i said over the weekend, just as the current boss.

First tournament is wrapping up in istanbul.

This one will be kicking off in kinshasa uh.

Kenyan national boxing team coach musa, benjamin has said that they aim to win the zone.

Three titles uh when this tournament gets underway.

This upcoming saturday uh musa also said that this was an opportunity to test the preparedness of nick okaf and christine angare towards the olympics in tokyo.

You know, as well as a time to look towards uh potential emerging boxers from that region.

He was quoted as saying it will be a very good stage for our boxers who have qualified for the olympics to gauge how well prepared they are for those olympics.

We would really love to win zone three championships uh.

It will also put some experience to our new boxers making their debut at this competition.

So that’s the big news today.

We’Ve had another change in leadership out of tokyo and uh.

The kenyans, as well as the libyans, are in uh most of east africa by the sounds of it at this point in time are gearing up for the zone.

In kinshasa, the democratic republic of congo kicking off over the weekend.

Those are our headlines from around the world today.

Graham, thank you very much.

I look forward to tomorrow’s episode.

Yeah, i don’t think we’re gon na be seeing any libyans at this uh at this upcoming tokyo olympics unless by some miracle there are granted one of the uh slots that are gon na be handed out through the tripartite uh commission.

So but at this point it’s unlikely, but from a country that back in the 70s was a boxing powerhouse, it’s nice to see them starting to move, and i think we can probably say that we can look forward to seeing them in paris in 2024.

I was this far away from getting there.

I think i remember yes, it’s a good story anyway, another day.

Thank you very much christian, appreciate it and we’ll see you tomorrow, always a pleasure. 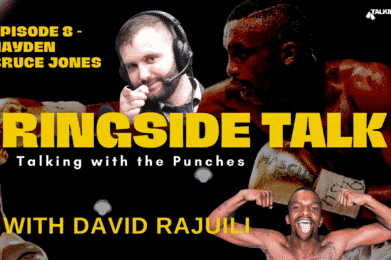 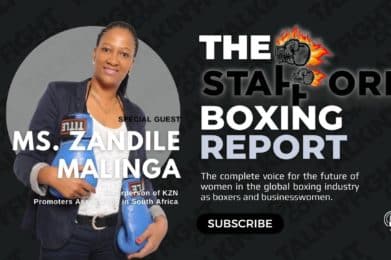