Thank you once again for joining us for another exciting edition of the olympics on talking fight uh, because i’m pretty sure there’s some great news out there that christians just busted to tell us, do you got for us today, christian well, happy monday, graham uh and uh.

Sorry, i missed you guys.

Last friday we had some technical issues on my end personally, so, graham, i know how to cover that one, and i appreciate that uh, there’s not a whole ton, going just a couple of stories to uh to go over to go over today, uh both of them In the in the realm of follow-ups, the ioc is tightening their belt yet again as to who’s actually going to be at these uh tokyo games.

So the ioc and the international paralympic committee uh were confronted with the conclusion of their japanese partners recently not to allow overseas spectators at the olympic and paralympic games coming up in tokyo now.

This is something we talked about already on the show.

Now this is the they’re saying: is it necessary to organize safe and secure games for everybody? In this meeting, the japanese government had made it very clear that it also requires significant reduction in numbers from what they’re calling accredited participants who do not have essential or operational responsibilities.

Now, for obvious reasons, the ioc and the ipc had to fully comply and accept with these new new stipulations from the japanese government.

As a follow-up, these conclusions were discussed with all national olympic committees, as well as all international uh federations.

Now, in the consultation calls this week, uh sorry in these conversations, the ioc learned from that all the various bodies involved are viewing this as the responsible approach which is going to be necessary for holding the olympic games uh.

Many of them are of these international federations, and national olympic committees are already making every effort to significantly reduce their numbers of accredited people um and are also seeking.

You know further guidance from the ioc leadership as to who can be in included in their new reformed lists, so in order to comply with these new uh conclusions, the request of the japanese and the requests of their japanese partners, the ioc today, uh, which sorry would Have been over the weekend, not today decided to grant accreditation only to people who have what they’re saying essential and operational roles.

That’S even within the ioc membership, so the ioc has canceled and reduced all.

I of the all ioc guest programs and the invitation to olympic athlete legends, for example, as well as a number of other programs.

It also will not grant accreditation to any accompanying guests in any category, so the people that this new uh, this new announcement grant are going to affect it’s going to be uh.

They do extend invitations to the games and free tickets to people like that.

In order to get you know, the obvious uh sound bites and photo ops and press opportunities, and it all helps drive up the uh, the numbers for them right.

So that’s going to be axed off this uh, this year’s list.

So we’re going to see a much more scaled down program when it comes to promotions, but it’s also going to affect uh spouses and families of athletes who normally would because most athletes would normally bring.

You know wife and children, or you know in case of some boxers, maybe their dad might want to uh come out to the games.

Looking at you big t but they’ve officially axed that off the program now so we’re seeing a much more scaled back version.

So we’re getting right down to bare bones: we’re just going to be seeing athletes, trainers, coaches and people who are directly running events, so security personnel, uh runners uh for the athletes things like that, but a much more scaled back, uh bare bones version of what we’re Gon na be seeing so at this point, the only way that you or i are gon na get a chance to see these games is if we suddenly become integral to be them being held in their at all, which i don’t see happening.

So i think you and i graham are gon na – have to hold up for paris in 2024 before we uh actually make it out to a games.

That’S the latest out of the that’s the latest out of the ioc, but i wanted to quickly graham follow up on a story that we had been working on uh earlier in the month now, you’re going to remember and as well our viewers, obviously the ill-fated indian Team at this year’s boxing tournament and well, it all started off with ashish kumar and we’ve got had a bit of an update on him with you to share there.

Now, for those who don’t remember, the the indian team was slated for nine uh finals in the boxing term, but do a series of uh covert related uh.

I won’t call them gaffs, but incidents.

Only one of those fighters was actually able to box in their final and the rest all had to go to walk-offs so and one of the big glass stores was ashish kumar, you know contracting covet.

So, as i said, we’ve had a bit of an update and i just wanted to share so the 26 year old middleweight fight of the 75 kilogram category for anyone who’s keeping score there uh had tested positive for the coronavirus on the eve of the boxing international Final in castellon, spain, this is back on the 7th of march uh.

So during the tournament earlier this month, the olympic-bound indian boxer, ashish kumar, he’s now on his way back to india after recovering entirely from that infection.

So, as i said, he had tested positive over the virus on the eve of this of his own final uh, forcing his withdrawal from the competition along with two others at the time that would be uh sumit saguan in the 81 candle graham category and muhammad hussain.

Madin in the 57 kilogram category now that was due to the fact that they were both his roommates at the time, so saigon and husa medina were able to return to india with the rest of the team uh after they uh posted a negative kovid 19 result.

Unfortunately, that negative result was not good enough at the time to allow them to compete in their events, but you know that’s.

That is what it is, and we knew that going into that tournament.

Ashish, however, was quarantined in his hotel room in castellan.

Now he was quoted as saying i have tested negative and will be back today, uh.

That was, he said that while he was boarding a plane on his way back to india after being released from quarantine now it should be notogram that uh during the whole of his quarantine, uh ashish, was asymptomatic throughout the whole period.

So that’s good news for him.

I was out of the final after it came back positive.

I have no idea how it happened.

To be honest, i was a bit scared when the report came out because nobody knew how it was going to impact me, but i haven’t felt anything physically.

He went on to say so here i am without any symptoms, simply locked in a room.

You know what could i do other than sit and just wait for this thing to be over uh.

He added that the spanish federation took really good care of him during that time and that everything was in order and that they had given him a really spacious room so that he could still uh do his daily workouts during quarantine.

And he also went on to say the federation was in regular touch with him during that time.

So we’ve had a great update there he’s doing much better and ashish.

Kumar is one of the uh one of the few indians who has already qualified for the uh tokyo olympics and he did so the old-fashioned way back at the uh asia, oceana qualifier back in march of 2020, so he’s on his way to his first olympic games.

So that’s what we’ve got in the world of boxing today.

We’Ve got uh a nice update, knowing that our one of our indian boxers is back in the uh fold.

He’S headed back to india and he’ll be rejoining his team in training camp and a much more scaled back even than what we had already seen so far olympics to come great thanks very much christian appreciate that, and with that being said, uh remember good viewership.

If you like what you’re hearing please subscribe to our channel and remember if you’re going to subscribe, as that, fellow just is uh, please hit the notifications bell so that you get all the notifications from us on a regular basis, especially when we’re about to go live With a new program, having said that, i guess we’ll see you tomorrow, christian we’ll talk tomorrow. 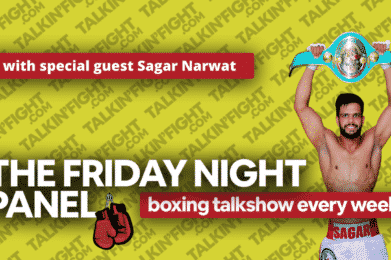 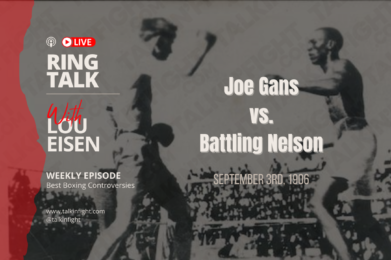