Hey talking fight fans christian here from the friday night panel and where we cover all things amateur boxing with our focus on the olympics, it’s good friday and we’re out about today, where i don’t have graham with me so.

But i wanted to bring a couple of quick updates anyway.

Unfortunately, their woes have not uh they’re, not over.

Yet three of india’s leading boxers and names you’ve heard on this before deepak kumar, who fights the 52 kilogram category banjeet singh in the 91 and narendra kumar in the 91 plus got her super heavyweight, uh uh.

Sorry as well as uh, the youth champion, estesh khan in the 57 cabinet, have been hospitalized in battalion hospital with coven 19 symptoms.

So this development came a day after the sports authority of india announced that carrying out they were carrying out precautionary tests on the national campers at the uh national institute in pattaya and the regional center.

well out of the 428 tests conducted in bengaluru, four have been found to be infected now, while the sia didn’t disclose the names of the athletes And affected by the virus, the times of india has learned through multiple sources that, among the 26 people infected at the current camp 17 of these were athletes and of these included nine boxers from the national team now, namely deepak manjeet and narendra, as well as uh Naveen kumar in the 91 kilogram category, naveen burr in the 69 kilogram category, sanji kumar in the heavyweights at 91 and abhishek at 69, 69 kilograms, sachin, deya, 81 kilograms, anik kumar in the 60 kilogram category uh the chief men’s national coach as well c.

a cupada, is Also tested positive, so deepak manjit narata have all been hospitalized at this point in time, though, which is more really the important part about this now, what they’re calling is mild symptoms as mild as you really can be well being hospitalized? I guess now.

Estash tested positive for the virus on thursday, as well as in the latest round of testing, and it was shifted to hospital just as a precautionary just for monitoring the rest of the boxers as well as uh kupata.

The coach there have been uh sentences live in a you know, quarantined a residential brock at the hostel where the camp is being taken place.

This is obviously considered a concern among elite national campers as in boxing as well as weightlifting, as well as other athletic disciplines.

So the order read keeping in view the compelling circumstances due to the increased load and the shortage of manpower.

It has been decided to have joint dining for the national campers and the national center of excellent that athletes and, at the say, all the same hostile dining hall initially for one week now, the national center excellent athletes may go for dining may go for dining in The game, wise groups within game, wise groups, so within you know, whatever your actual discipline, is uh as well as their respective coaches and they’re, going to be relying on the coaches to keep that discipline.

I said this order is absolutely unwarranted when you have so many covert 19 cages cases in the nis.

There uh, we don’t know about their daily routines or their activities.

As in where they’re going where they’re coming from – and this order is disturbing, so we’ve got some mixed messaging – is what we’re seeing out of india right now, coupled with poor protocol enforcement, and it’s producing some sad but predictable results.

Obviously, we wish anyone affected by covet 19 and everyone that’s infected currently on the indian national team, speedy recovery and we’re hoping that we’re hoping they’re, asymptomatic or their symptoms are mild, but we’ll continue to cover this as we move along forward looking forward into the future, Though, and getting away from covet a little bit here past, the upcoming olympiad, the president of the international boxes visit to uzbekistan, officially announced that the aipa men’s world boxing championship will take place in tashkent in 2023.

So the city of tashkent is awarded the 2023 aipa men’s world boxing championship after a second successful bid.

The presentation by the boxing federation of uzbekistan, the aiba board of directors, voted in favor of the major event candidate city.

Uzbekistan uh the country which has strong boxers and champions character to be the host of the 2023 championships.

I am confident in the high level of organization the huge fan, support and spectacular fights now during his visit to uzbekistan, mr kremlin held working meetings and press conferences with the chairman of the national olympic committee, rust m uh and the first deputy chairman of the boxing Federation uh, uzbekistan.

Second polackoff now they discussed the development of boxing in uzbekistan and central asia and the first stages as well as the first stage of the preparation for the world championship.

Mr rustam uh chapter iraq, direct bombanov, was quoted as saying that we are very thankful to our president and the government for the support and the promotion of a healthy lifestyle in sports in our country.

Uzbekistan is one of the most active members in the international boxing association.

We have a rich boxing history.

We are proud of our athletes and their victories.

We are going to strengthen our cooperation with the aiba in the popularization of boxing in our region and around the globe.

Now we’ve discussed the creation as well of the education centers for coaches here in tech in tashkent.

This center will work for the whole region of central asia.

Uh, mr, have added that we are very grateful to the aiba uh that the iba awarded uzbekistan to be the host country of the aiba men’s world boxing championships.

This is a great honor and a huge responsibility, and we will do our best to organize the tournament at the highest level.

You can always count on us, so that’s the in uh, the long and short of what’s happening in the world of amateur boxing.

At the moment we have the uh new aiba uh city to look forward to in tashkent for 2023.

For those who are curious, the 2021 world championships are going to be taking place in belgrade serbia in october now those were originally slated to take place in new delhi uh coming up actually in may uh.

That was obviously pushed back due to over 19 restrictions, as well as there were some issues between the aiba and uh, the city organizer in new delhi, certain fees, apparently weren’t paid, and so they had to cancel the tournament.

That’S why it was later awarded to belgrade.

So we have that uh to look forward to coming up in october, but we’re going to talk way more about the aiba championships, as once we get on the far side of the olympics.

We’Ve got for today hope everyone’s having a happy good friday and uh.

We will talk at you guys, uh after the weekend and we’ll also be seeing you later on the friday night panel, as always like share and subscribe, and we’ll 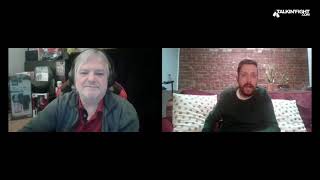 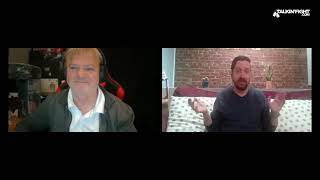 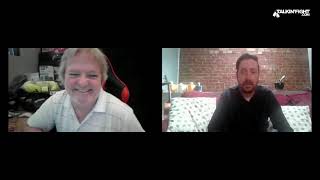 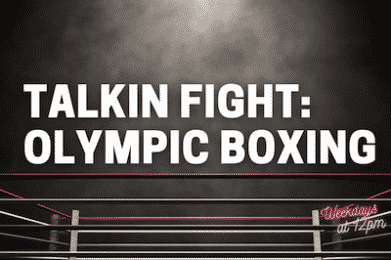