IABA. IOC. Men’s quarter-final updates from the 35th annual Boxam tournament in Spain, as well as news from around the world. Join us on our on-going exploration of the Olympics to be held in Tokyo 2021, featuring Christian from the Friday Night Panel, and the route to the ring. Watch TalkinFight weekdays at 12, 4, 7, and 8:30pm EST on YouTube or LIVE at talkinfight.com/live @Olympic @IOC Media @Abroad in Japan @boxam #boxam​ @congo #drcongo​ #zimbabwe​
.
.
.
#boxer​ #boxing​ #boxingtalkshow

Hey talk and fight fans christian, coming to you from the friday night panel, with another episode of all things, amateur boxing and that’s where we take all things amateur boxing stories from around the world and we try to bring them to you with a special focus on The upcoming tokyo olympic games, unfortunately graham, was unable to be with us today, uh on due to a scheduling, uh conflict, so you’re stuck with just me today, so jumping right in our first story today comes to us from bright tembo in zambia, with 135 days left To the tokyo olympics, three zambian boxers, uh that’d, be patrick chiniyambo, uh, evaristo, malenga and steven zimba are among the athletes that the nation is going to be relying on to bring home a couple of medals from tokyo.

In february last year, zambia only sent a team of three to uh the dakar athletics tournament in senegal, and that was the africa olympic qualifier.

All three of them did manage to qualify.

However, chances of the three boxers repeating their performance that they put on last year are far-fetched, as their preparations for the games have not been up to standards, seemingly due to financial constraints, depending on who you’re listening to here.

Boxing administrator christopher malunga has also raised concerns over the boxers preparedness for the olympic games.

Malunga, who is also a boxer by the name of oriental quarries boxing promotions manager, has wondered what, if anything, is being done to drill these boxers into readiness for the tournament uh.

He was quoted as saying that we’re all excited that uh chiniyamba, zimba and malenga qualify for the olympic games.

We’Re also excited that they are highly rated by the aiba.

Now this i love this.

This is where it really comes out.

This is a boxing promoter talking not just a uh, not just a coach or a trainer here.

He said that, in short, the aiba has alerted all boxers globally, who are in the same weight as our boxers to prepare adequately against the dangers of facing our boxers.

Absolutely love that uh he went on to say that our boxers are under the spotlight globally.

But what are we doing to make sure that our boxers are going to be coming home with a medal from the olympic games? So malunga wondered what the boxes were still doing in the country when other boxers were already attending training camps in internationals outside of their home countries uh.

Now he has a since appealed to the zambia boxing federation to identify stakeholders that could help in preparing these boxers uh.

He was quoted as saying the club where the boxers come from.

They did their part.

The technical team headed by wisdom medenda, did their part too.

The boxers performed well and qualified for the olympic games.

It’S very sad that the boxers and the technical team are still in zambia, instead of being camped abroad.

Preparing for the olympic games.

My appeal to the zambia boxing federation is simple: can you please approach the national sports council of zambia, including the ministry of sport to camp our boxers abroad, because we are behind in terms of preparations? He went on to cite the example of the women’s national soccer team, who has also qualified for the olympic games uh, who are now preparing for the games.

They’Ve been playing friendlies uh, but our boxers.

He says from the time that they have qualified how many international tournaments have they attended, how many training camps have they participated in zero when contacted the zambian boxing federation secretary general for general secretary breit chamba said that the federation, the government and the national olympic committee Of zambia have not turned a blind eye to these boxers.

Now i i won’t go into the full quote here as it it’s long, but there was obviously some frustration happening here and the big takeaway from his opening was that just because we haven’t alerted the media doesn’t mean that we’re sitting on our hands.

I only said it much longer than that trauma did say that the government was still preparing for the boxers camping, not be camping abroad, not the current training camp that they’re in at home.

He is quoted as saying the government is actually very serious about the three boxers even in this second camping.

They are very involved together with the national olympic committee, uh they’re doing a lot.

He says it’s all there.

In short, for now, we are doing what we can in view of covet 19.

The kobe 19 situation, uh, even with the thoughts of going outside the country.

We are very cognizant and that’s what we want to be doing.

Cuba would have been best and that’s where the coach wanted to go originally, but due to coven 19 restrictions, some of the some countries that went there for training camps ended up quarantined and never ended up actually doing their training uh.

But we are doing something for these boys.

He was quoted as saying so.

It sounds to me, like the team is alleging that there’s no money for internationals, whereas or training camps, whereas the zbf is placing the blame firmly on coveted restrictions at this point in time and an abundance of caution.

Whatever the case may be, i got ta kind of have to agree with the author here that these three athletes are not gon na, have the same olympic games that they could have had under normal training conditions, which is sad, but unfortunately it is our new reality And uh, you know we wish them the best.

We do hope that they do well in the upcoming olympic games, but uh time’s going to be the judge on this one.

Hopefully they get some funding through their government and they’re able to focus and focus on their training and function under normal training conditions or as close to normal, as they can get shifting focus right now, though, away from africa and over to the uae.

So, just yesterday, uh graham was asking about uh upcoming tournaments when uh, i came across this article by neil shefford from inside the games.

That uh, were he with us right now is just the sort of news that graham was hoping to hear.

The international boxing association has announced the details of a new international tournament, uh scheduled to be held in the united arab emirates.

Now this new competition was unveiled by aiba president umar kremlev during a visit to the emirate of uh fujira fujira.

Again, as always, have a go at me in the comments about my pronunciations of these things, uh the emirate of fujira, where he spoke with crown prince sheikh mohammed bin, hamid muhammad al-sharqi.

It’S good news now, following dialogue between kremlev and the crown prince a first test event for the tournament is scheduled for may of 2021.

Kremlin was quoted as saying i am grateful for a productive meeting and new prospects for boxing in the middle east.

Uh sports events will provide a stream of tourism uh.

It will be convenient for athletes to fly here due to good visa conditions, with the uh personal support of sheikh muhammad bin hamad bin mohammed al-sharky.

We will popularize our sport among the young people here and more champions will begin to appear.

So during his visit, it was also agreed to hold boxing camps in the emirate uh, while the crown prince spoke of big plans to develop boxing in the region as a whole.

The crown prince himself was quoted as saying we are going to make a big boxing center, a boxing academy to include a boxing to include boxing in school and university programs as well.

Boxing is a discipline that teaches one to be a patriot of their country, together with the aiba leadership, we are going to organize a big boxing tournament here that will popularize boxing attract investment and give everyone the opportunity to become a star all good news.

So far, so that’s great news coming out of the united arab emirates and what i’m hoping to see out of this is kind of a general.

You know this, of course, is going to be dependent on just how you know good their visa situation.

Uh actually turns out to be either way, it’s a new tournament to look forward to, and that’s really what’s going on in the world of amateur boxing today.

For that sort of thing – and we will talk to you again tomorrow – have a good one. 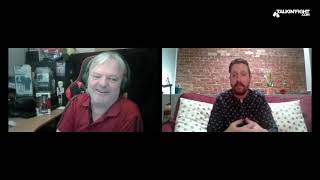 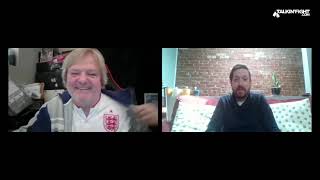 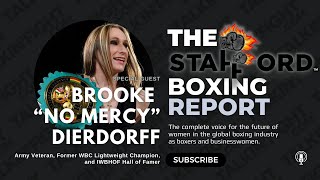 Brooke “No Mercy” Dierdorff | The Stafford Report with Sheila and Stafford 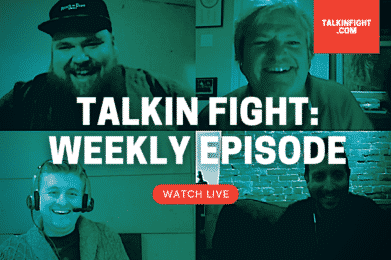