This episode is a tribute to the legendary Leon Spinks. May he rest in peace.

Watch The Scoop from Monday to Friday featuring Canadian heavyweight champ Bola Ray, who lends his vast experience in the sport and provides his comments boxing – its history and future – on YouTube and TalkinFight.com/live. #leonspinks

Hello there once again talking fight fans, welcome to another exciting episode of the scoop, with the champ ray bola, how you doing champ.

This is a special episode to celebrate the life of not just an olympian but a gold medalist, not just a former world heavyweight champion, but one who actually has a win against the greatest on his resume: a life of hills and valleys struggles and eventually salvation on Friday, on friday february 5th, we lost a warrior who finally succumbed to several forms of cancer.

My name is bulla raymond olivoli.

This is a scoop born in st louis missouri july 11.

1953 was one leon springs his boxing career or while he was serving in the u.

s marine corps, his amateur boxing career really took off between the years of 73 and 1976.

In 74 he took a bronze medal at the inaugural world.

Amateur boxing championships 75 took a silver medal at the pan.

American games 76 took home a gold medal in the 76 montreal summer olympic games to add gravitas to the scenario.

His brother also won a gold medal in the very same games, a feat that has never been duplicated before or since that was also seen as the americans, the us best team, ever to go to the olympics.

Now, right after his uh his olympic success, he turned pro and began his his professional campaign.

He racked up a a few quick wins and with uh a record of six wins one la or sorry, zero losses and one draw his next opponent was muhammad ali fighting for the world heavyweight title now understand that a couple of things here um he was a 10-1 underdog, first and foremost um and rightfully so, seven fights going up against the greatest world champion.

Secondly, something that i found incredible was the fact that leon stepped into the ring weighing in at a monstrous 197.

He would not be considered a heavyweight and he pulled off the not just ridiculous, but the unbelievable in that he won a unanimous decision over 15 rounds against the greatest now pretty much.

That was the pinnacle of his boxing career um post this well immediately.

After that fight mama, he went into training like he had never trained before.

He was beyond embarrassed um.

He took him way too lightly and he got himself into the best shape that he has ever ever done.

Um leon, on the other hand, went on party like a rock star 24 years old, just won the world heavyweight title.

You really can’t fault them almost seven months to the day there was the rematch and even though leon was able to make weight at the open class um, he got the soundly in a 15 round decision.

You had drugs, alcohol, crazy nightlife for some reason.

Um he had troubles with law.

Driving impaired was just a regular scenario for leon um, but then he cleaned himself up to get rafe to fight jerry cortez in the future.

Wba um world heavyweight champion on june 24, 1974 and for the first time of many in his career leon, was knocked out post this fight.

He was able to string together a series of wins, well, four wins and a draw against lackluster opponents, but it was enough to get him in the ring against the legendary laria holmes.

This loss leon went and tried his luck in the newly formed cruiserweight division.

His cruiserweight crusade was met with some early success and after a 10 round decision over ivy brown, he duplicated that wind scenario against a former and future world title challenger in jesse brunette and for his efforts.

The very next fight leon lost that title to carlos d leon, but then strung together, five consecutive wins culminating with the wbc continental heavyweight heavyweight title against a kip kane.

His next fight was against dwight muhammad kawaii for the wba cruiserweight title of the world.

Yeah he suffered a tko, it wasn’t meant to be his day.

This was the very last time leon springs stepped into the ring for a world title.

Dance leon has since reacquainted himself with the lord and stopped this destructive path of which his life was going down.

This marked the first and only time in in history and for the next 20 years, where two brothers had ever won a heavyweight title period.

He set the example for his sons and his grandson leon jr.

His firstborn was inspiring light heavyweight southpaw with a record of 2-0 when he was fatally shot in 1990, but his younger brother corey went on to be the undisputed welterweight champion and the ibf super or junior middleweight, champion twice leon.

Heavyweight fighter with a record of 11 wins three losses in a draw.

He set quite the example for, for his lineage to say the least: 2012 leon was diagnosed with strength was with his shrinkage of the brain, which left him with serious motor control issues in 2011 leon and his wife moved to las vegas, but in 2014 he was Hospitalized twice for severe abdominal issues of which he recovered from now.

In 2019, he was hospitalized with advanced, prostate cancer and fought the greatest war of his life for his life.

That cancer had spread to several parts of his body, as he decayed and uh february.

Thank you, sir, for your contribution to boxing history.

You will be dearly missed now.

That’S my episode for today, and i don’t know if it’s necessarily an episode that where one would like, but if you care to hear more episodes, i assure you it won’t be as dark and as gloomy as this one.

It’S your boy bola and that’s the scoop.

Thank you very much, bulla ray.

An excellent tribute, i’m very thankful for that.

I’M sure all the listenership and viewership is thankful as well.

He was a great boxer and he’ll be sorely missed. 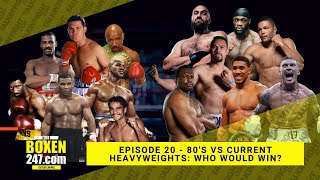 80’s vs current heavyweights: who would win? | Boxen247 with Kristian | Talkin Fight 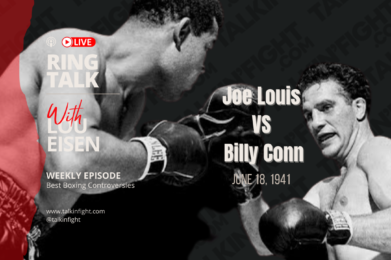 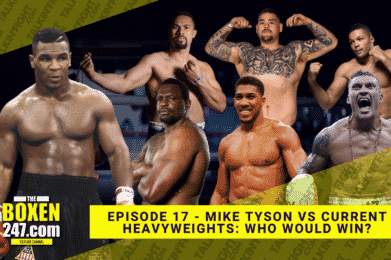 Mike Tyson vs current heavyweights: who would win? | Boxen247 with Kristian | Talkin Fight