Profiling Mike Strange | The Scoop with The Champ | Talkin Fight

Watch The Scoop with Champ Bola Ray continues to discuss great amateur fighters who never turned pro in the sport of boxing, on YouTube or LIVE at talkinfight.com/live weeknight’s at 8:30pm EST
.
.
.
#boxer​ #boxing​ #boxingtalkshow

Hello, there welcome once again talk and fight fans to another exciting episode of the scoop featuring champ bola ray who this week has been discussing, uh great amateur fighters who never turned pro and tonight uh.

We feature a great philanthropist mike strange, who has the box run under his belt as well and who was on our show uh with uh? Was it neil the dealer yeah? I think it was neil deal a while back all right jim.

What do you got for us? Well, um? I uh yeah, i’m gon na talk about a guy who, not only did he win the nationals.

My name is bulla raymond oliver.

This is a scoop.

Some 10 years later he began his boxing campaign where it just so happened he his nep well, his neighbor was one rob for tuna, a former canadian junior champion and also the 1984 olympic trials.

Competitor later on that year, mike had his first uh amateur fight versus one chris thompson at the ontario junior championships – michael, it wasn’t michael’s day per say in that he lost the fight by score 41, but but he won a trophy and when you’re 11 years old.

He [ Music ] continued on with this love affair boxing because he was amassing all these trophies.

But what really cemented his uh his passion for the sport was watching two of his childhood idols.

Only compete in the 84 olympic games but bring home two silver medals for canada in charlotte, sullivan and willie dewitt.

He knew at that point in time that he too wanted to represent canada on the world stage.

After his first fight, he gave up the pursuit of hockey and soccer and just tunnel visioned with boxing, and finally, he made he made it where he wanted to get to.

He wanted to go off and represent canada and that he did did it for the next 12 uh 12 years.

Barcelona games and 96 atlanta games and 2000 sydney games also two-time uh commonwealth gold, medalist um in the 94 um victoria games in the 98 kuala lumpur games, of which he was, he got the most unimaginable on honor, in which he was canada’s flag bearer at the Closing games now post 92 olympic games.

The offer started to come in for mike to turn pro, which mike wanted no part of um remaining.

An amateur was him competing within a sport that he loved turning pro would be going into a business and very much likely an ugly business for that matter.

Um, having seen and having been enveloped in the sport for as long as he had, he has seen how the pro game destroyed so many athletes and uh yeah.

He wanted nothing to do with it.

First, some for some reason.

He was also of the mindset that he didn’t have a pro style.

Hence he didn’t think he’d be very successful, but what does he know? He would have been amazing.

He genuinely would so and yeah life after boxing has been just as rewarding for mike, if not more mike started box run charity foundation.

Now this is when it gets ridiculous and uh.

This is the stuff that you brag about.

2 kilometers, and then he decided to repeat that feat.

For the next 94 days running a marathon for 94 days, running from st john’s newfoundland to his hometown of niagara, falls ontario all to raise money for childhood cancer, research and family support services, let that sink in for a bit in 2008 or 2018.

Sorry mike ran over 800 kilometers in 30 days on the el camino along the camino del santiago in spain like again raise money for uh for for to to rid the world of childhood cancer.

He’S he’s a genuine inspiration, um, no, no offense or buts about it.

This is how mike gives back to the world and makes the world a better place while wearing out a couple of shoes like what have you done lately mike today is not just a city.

Councillor uh for niagara falls, but he’s also a real estate agent, but his true passion is doing his part to knock out childhood cancer.

So, mr michael strange from me, the scoop, talk and fight nation.

If you like to donate money to mike’s foundation, please go to www dot.

If you have any comments, i would like to say thanks to mike for being an amazing ambassador to boxing and humanitarian alike.

It’S your boy ball and that’s cool, very much that was fantastic.

He uh great boxer, a great man, uh uh and uh a grown entrepreneur because, prior to his real estate career, as you might know, he ran the highland pub.

If i’m not mistaken, yes, he did yeah, you did it man there we go so uh.

That was day four out of day five uh the week of uh amateurs, who did not turn pro but had very successful careers afterwards and uh you’re, going to end off the week tomorrow with uh somewhat of a heart. 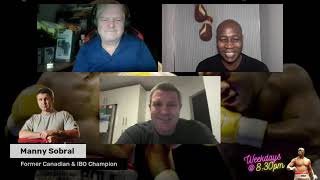 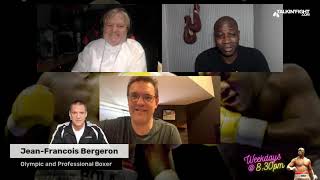 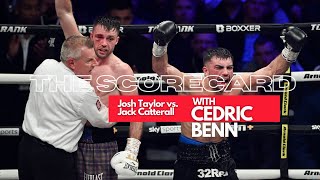