What is TalkinFight? | Talkin Fight

Episode 13 What is TalkinFight? | Talkin Fight

Graeme, when asked by the Stafford Boxing Report, what is TalkinFight? This was his answer.

www.talkinfight.com
Join this channel to get access to perks:

We want to use talk and fight as a platform for amateurs to learn how to speak before the camera before they go.

Professional also, uh use the technology to uh to size up the final weight, etc.

You know more about your product, but we want you to explain to the audience about the the big platform that you have.

It’S just not about talking fights, it’s about other components that you have with talking fight without a doubt.

So, basically, in a nutshell, when we launched talk and fight it was more or less a hobby.

It was something we were doing for fun uh, we would broadcast one show every friday night called the friday night panel and uh me and a few friends were just simply online because of kovit through zoom uh talk about boxing, and out of that, though, came a Number of discoveries based on the responses we were getting from our audience.

We discovered that boxing was a pyramid-based structure where you had an awful lot of people on the bottom, making no money and a very few people out on top making a lot of money.

So we said: can we change that? Is there a way we can change that? Can we flatten out or democratize this industry, somehow you know, make it more uh, fun and stable, economically speaking for the people who are involved in the sport, you know so so, no matter where you’re from in the world.

Could we make this more equitable for you and the tech team came back and said yeah? Absolutely we can do that.

We can do that by doing what nobody else is doing in boxing, and that is begin to use data and analysis to begin to understand, movement and capability.

So, quite frankly, we have now developed a hardware and software integrated solution that we’re about to unleash on the boxing world.

Quite frankly, where it’ll be established in gyms, where you can begin to take a look at how boxers move young boxers.

That is uh and, i guess old boxers, but i mean at the end of the day how they can move, how quickly they move, how fast their punches are hit.

What speed they’re hitting at uh the power of those punches? That type of thing that that nowadays can all be measured is not being measured, and so we said hey can we can we do that and so, as i said, the tech team came back and said: yeah we can do that.

We just need to buy these cameras from france, uh integrate them with some software that we’re developing, which we did, and now we can begin to distribute these platforms across gyms around the world and what that will do at the end of say one year.

Let’S say one year goes by anyone who considers themselves an agent the same way: football players, basketball players, hockey players whatever they all have agents, okay, in the very same way, that agents can begin to use data and analysis to prove that they have the best of The best in their stable they’ll be able to use that now in unboxing, because it’s not being done right now in boxing wow right.

So is it fair to say that you’re a pioneer we? We are absolutely pioneering uh the integration of technology into the sport of boxing, because right now, right now, if i’m bob aaron or don king or eddie or whoever, if i’m, whoever those guys are, i’m sitting there, relying on someone’s opinion.

I think this guy’s a great boxer, and why do i think that? Because he’s got a 19-0 record and why has he got a 19-0 record because he’s been fighting tomato cans? Okay, bottom line? Okay, this technology, that we’re about to introduce will absolutely revolutionize the boxing industry because they’ll be able to prove how good these guys are.

I’M talking young guys, not not the old established, guys and gals uh, but young people coming through sports.

So it’s more or less a long-term vision here where we can write books, we can absolutely revolutionize the industry by introducing this technology and to answer your other question with respect to one of the other things we found when we started interviewing boxers, whether they be uh Retired boxers or still active boxers young boxers amateur boxers, one things we recognized is they they’re a little bit shy in front of the camera, so we said, is there any way we can help these guys out, and i know an awful lot of people who are Involved in the entertainment industry who don’t have a job anymore, because the entertainment industry itself has changed – and i said you know – i can bring a lot of those friends to the table here and they can educate these young people as to how to speak in front Of a camera, how to answer questions, how to redirect focus of the line of questioning so, for example, if you’re asking me the wrong type of questions, i might say to you: hey, that’s a great question, sheila.

I’D like to talk about and and go from there and so we’ve launched an academy.

So when we actually get this whole thing underway, we’ve got a multi-pronged approach in terms of not just the talk and fight aspect, which is merely media channel, which enables what we’re hoping to be a huge family of people from around the world who have a love Of boxing and understand, the impact and importance of boxing in their communities enabled them to integrate technology on a localized level so that those young boxers become they get recognized because there’s an awful lot i’ll give you an example, there’s an awful lot of boxers in africa Who are just as good as american or european or mexican boxers, but never ever ever, get recognized why money bottom line money? Okay, so how can we level up playing field? Introduce a bit of technology – and a super great example would be you guys might be familiar with this, but i’m sure when i was in ghana, for example, a few years ago, one of the things that i recognized that everybody had a cell phone.

I said how the heck does everyone in ghana have a cell phone? It’S because they never had a cablized system like we have in north america they never so when, when when cell phones got introduced, everyone bought one.

The point of matter is: is they’re they’re not reluctant at all to use new technology they’ve just not been introduced to it; no one’s brought it to them.

No one said hey.

This is available to you so now those fighters in, like i said before – north africa, east africa, south africa, west africa.

Now they can become recognized for how truly powerful they are based on the technology we’re about to deliver to them right, and so the fourth thing that we did.

Having said all that the media channel the technology we’re about to introduce through sport, box, okay, uh, the the academy where we can educate these people as to how to speak and speak properly and speak well, which i’m not saying they can’t.

Here’S important, the fourth thing that we said is you know we should do you know what i found.

I think i think boxers need money where they need belts.

At the end of the day, i became a black belt.

Why? Because that’s what i was told was the best, but at the end of the day, what we’re looking to do is put some money into these people’s pockets.

There you go so we said why? Don’T we create an elite boxing championship? Okay, so we we approached tim witherspoon, our good friend, two-time, heavyweight champ, and we said: hey tim.

? There are many many casinos and many many resorts around the world who are looking.

They have big festival halls who are looking for events.

Why, in a post, covent world, they need people to come to their venues and what better venue to have than the casino and or festival hall, whether it be dominican republic, whether it be puerto rico,

Be the first to review “What is TalkinFight? | Talkin Fight” Cancel reply 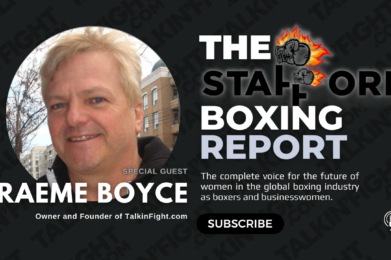 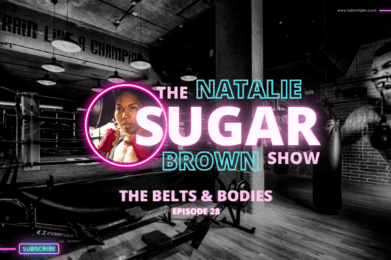 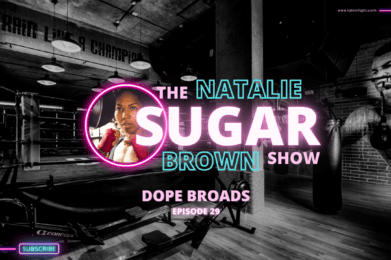 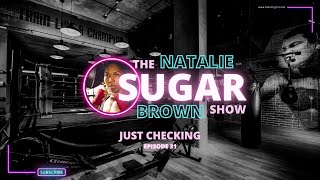 Just Checking 😉 Episode 31 | The Sugar Show with Natalie Brown
We use cookies on our website to give you the most relevant experience by remembering your preferences and repeat visits. By clicking “Accept”, you consent to the use of ALL the cookies.
Cookie settingsACCEPT
Manage consent