Thank you once again for joining us for another episode of neil the deal featuring neil the deal himself here on talk and fight, and i think you’ve got yourself a special episode lined up because uh, i hope you can pronounce his name [ Laughter, ].

That’S it! Hey how you doing graham nice to see you.

I certainly did yeah we’re gon na talk about a japanese fighter today and uh yeah.

I’Ve been working on his name, so it’s not too late.

This kid yeah he’s a he is.

Basically, a he’s like a highlight reel every time he shows up.

You know every fight that i’ve that i watched that he was in he’s a complete highlight reel so guys, if you haven’t seen a annuity fight check them out this this.

This kid is awesome, so they call him the monster.

That’S his uh, that’s his nickname! The monster and, and once you watch his fight, you’ll you’ll, know why uh he’s a monster in there.

I’Ve seen him in a bunch of fights and i’m like holy cow man.

This this guy’s really got it going on.

Uh he’s got everything going on, so we’ll go over a bunch of uh stuff about him.

That makes him 28 years old.

He was born in zama, kanagawa, japan, not bad kanagawa.

You go not bad and uh.

Now, right now he’s ranked the world’s best bantamweight by box rec in the world, and if you watch any of his fights you’ll know why he’s awesome he’s also ranked second best octave pound for pound boxer by ring magazine right now, so uh he’s right up there And uh he he he’s a three weight division.

So he is a serious contender.

Anytime, he’s in the ring he’s devastating uh he’s known for his his in any of his fights.

His punching power is amazing, both hands hand.

He’S knocked out a number of guys with a left hook.

He’S got a really nice straight right and he’s a spectacular ko artist.

He he really is a ko artist and uh.

He goes for broke pretty much every time he’s in the ring he loves.

He goes for the knockout pretty much every time, so his amateur career guys was really good uh.

He had 81 bouts as an amateur and he won 75 of them with only six losses.

Definitely uh he’s definitely got the hands of stone so to speak.

He won a bunch of uh titles over there in japan and the asia region.

So we’ll go over that in his amateur career in 2009 he won the japanese junior national championship 2010.

He won the won a bronze medal at the asian youth championships and the japanese junior selection tournament uh.

He played second at the japanese national championships in 2010 as well 2011.

He won a gold medal in the 21st president’s cup and he also participated in the 2011 world.

Amateur boxing championships so he’s definitely had a really really good uh career over there in asia.

Apparently, he’s uh he’s he’s very well known in japan, he’s like a big celebrity in japan, so they really, they really uh.

Big time and uh, like i said guys, any of his fights, they’re they’re spectacular, fights, he’s he’s a very, very uh, exciting fighter to watch so i’d say if you haven’t seen anui check him out he’s not he won’t disappoint you in any fight.

He turned pro he’s got uh 20 bouts under his belt, with 20 wins, so he’s undefeated with 17 knockouts, which gives him a knockout percentage of 85 percent.

You know what i mean so he’s he’s not taking any prisoners in there he’s just basically uh swinging for the fences and he just picks guys apart and he’s got everything going for him.

He’S got everything going, he can uh.

He he won titles right off the hop in august 2013.

He won the uh op opbf, light featherweight title, which i believe is the oriental pacific boxing federation title.

I guess world title: he won the wbc light flyweight title and december 2014.

He won the wbo bantamweight title and then he defended that uh.

Then he defended that successfully.

Defending that title and he’s you know he he’s undefeated, so nobody’s nobody’s been able to knock him off the off the podium.

As of yet you know and moving forward.

It doesn’t look like uh he’s gon na get any worse.

He seems to be getting better fight after fight so uh may 2018.

He won the ivf and ring magazine phantom weight, titles and uh november 2019.

He won the wba super bantamweight title, so he recently signed uh with bob arum’s top ranked boxing, so he now has uh top rank promoting him, which will keep him in the mix.

For the for the big fights he is a unified champion, so he will be fighting the best of the best in and i can’t really see him.

I don’t see anybody in the division.

That’S uh gon na take those belts off him anytime, soon put it that way he’s he seems very, very uh, very, very good for everything he was doing.

You know, so we had some notable fights the ones that i like guys check these out.

If you like, uh like to check out uh naoya annui, he fought in that super series against uh nonito de nair.

That was a great fight donaire and he’s a he’s, a great filipino fighter.

That was a fantastic fight uh just recently, i believe in his last fight he fought a british guy named jason and knocked maloney out.

It’Ll show you what kind of power he’s got and uh.

He also fought another fight that i liked was the emmanuel rodriguez fight.

Put it that way, he really uh.

He really puts on a show.

He does have an upcoming fight, graham uh june 19th.

2021, if you guys want to put that on the calendar absolutely june 19th.

2021 up against a guy named michael das.

So that will be a title.

Fight and uh, like i say, he’s in every fight that i’ve that i watched he, he was just really a superior fighter to his opponent.

He really moves around the ring and again his punching power is amazing.

I think he’s he’s one of those guys that comes didn’t come along and you know what i mean he doesn’t.

He doesn’t come along.

He doesn’t come along that often guys like that.

Who can just go in and dominate opponents at ease.

So far so it’ll be interesting to see going forward after the fight in uh in june, who they’re gon na the top rank.

But i understand that uh they’re going to keep them they’re, going to keep them uh right at the top of his game and i’m sure i’ll be watching, and hopefully you guys will be too absolutely so thanks a lot for coming out and uh checking out uh Annuity tonight, leona inui, we got his name right, hey graham yeah glad you did yeah yeah he’s a fantastic fighter, guys so uh check them out.

Any of his fights on youtube are spectacular and i really enjoyed him so uh.

Hopefully, you will too so you guys have yourselves a great evening.

Eastern standard time, thanks a lot for having me out graham take care of yourselves everyone and we’ll see you tomorrow, take care awesome thanks. 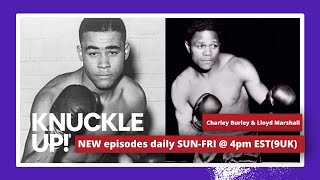